It blends nicely with other musks and is probably best used in a group. One of the less expensive musks, but don’t dismiss it because it is the musks’ workhorse. It adds a layer of sweetness and flowery support.

How Is Musk T Related To Ethylene Brassylate?

Ethylene brassylate, commonly known as astratone or Musk T (93), belongs to the macrolides and analogs class of chemical substances. These are organic compounds with at least twelve members in the lactone ring.

What Are The Structure And Properties Of Ethylene Brassylate?

C15H26O4 is its chemical formula, and it has a molecular weight of 270.36. It’s used as an aroma chemical in flavorings, fragrances, and other applications. It ranges in color from colorless to slightly yellow translucent liquid.

It comes in liquid form and must be maintained in a firmly sealed container. Keep the container cold and well-ventilated.

Ethylene brassylate has a noticeable influence on the perfume base or oil at concentrations of as little as one percent. The regular use concentration ranges from 0.5 to 3.0%. It does not discolor soap and is stable in it.

With age, lower grades of this ester acquire fatty-rancid, almost Castor-oil-like off smells. It’s used in perfume solutions as aging or ‘maturing‘ ingredient in alcohol.

How Is Ethylene Brassylate Used As Fragrance Agent?

The musk perfume note Ethylene Brassylate is in the bottom group of perfume notes. This synthetic fragrance chemical with a mild odor effect includes powdery, sweet, flowery, ambrette, musk, and woody perfume nuances/notes. It may last up to 208 hours on a scent strip.

With ethyl linalool, it has an excellent harmony. It pairs well with Orientals and rich florals. When it comes to red fruits, it’s a real winner. From floral to animalic, it may be employed in various scent accords. It offers scents incredible durability and works well in a variety of applications.

They operate as transcriptional regulators and are heterodimers with the retinoid X receptor. PPAR-agonists used topically have receptor-mediated actions such as pro-differentiating/anti-proliferative effects, lipid metabolism stimulation, and anti-inflammatory activity.

As a result, they may be helpful in the treatment of several cutaneous illnesses. One of the primary extracellular matrix components in the skin is hyaluronan (HA), a high-molecular-weight linear glycosaminoglycan composed of alternating D-glucuronic acid and N-acetyl-D-glucosamine residues.

One study found that the expressions of HAS2 and HAS3 play critical roles in controlling HA production in human skin fibroblasts and keratinocytes, respectively, within the family of HA synthase genes (HAS1, 2, 3).

The particular regulatory systems, however, remain unclear. Musk T, also known as Ethylene brassylate, Astratone, or 1,4-Dioxacycloheptadecane-5,17-dione, was investigated to see if it may act as a PPAR-ligand in vitro.

According to these investigations, Musk T is a PPAR-ligand with effects on keratinocyte differentiation, intercellular lipid production in the epidermis, and promotion of HA formation in the dermis.

A. Ethylene brassylate, sometimes known as Musk T, is a synthetic scent component from the artificial musk family.

Q. What Is The Use Of Ethylene Brassylate?

A. Ethylene brassylate is a fragrance component that may be found in various products. It’s located in decorative cosmetics, delicate scents, shampoos, toilet soaps, other toiletries, and non-cosmetic items like cleansers and detergents.

A. Liquid Musk T (105-95-3) Ethylene brassylate, 1,4-Dioxacycloheptadecane-5,17-dione, Ethylene Glycol Brassylate, and Brassylic Acid Ethylene Ester are some of the other names for it.

Q.What Is The Odor Of Ethylene Brassylate?

A. Many perfumes use ethylene brassylate as a base note and stabilizer because of its musk-like aroma. Previously, musk scents were extracted from the secretions of animals such as the musk deer. Fragrance makers now manufacture this component in a lab in several ways to produce mush-like odors.

A. Because of its powerful fixative properties, musk tinctures were employed in the perfume business. Despite their high cost, musk tinctures were used in perfumery until 1979, when the Convention on International Trade in Endangered Species of Wild Flora and Fauna designated musk deer as an endangered species (CITES).

Musk was then restricted from use and export under the International Trade in Endangered Species of Flora and Fauna. According to wildlife officials, this species’ illicit trafficking and hunting continue today.

The heterocyclic chemical compound ethylene brassylate has a distinct musk odor. Because its enticing and refreshing scent is a considerably more essential component of the perfume business, its particular vanilla scent is often employed as a flavoring element in meals. It has also been shown to improve skin texture and the epidermal layer. The best part is that it is naturally non-toxic.

1. All You Need To Know About Retinoic Acid

2. What is Ethyl Levulinate? Its Classification and Uses

3. What is Sucralose? Can It Have Bad Health Impacts?

4. What Is Proteinase K And All Its Biological Properties

5. What Is Ruxolitinib? Its Good And Bad Health Impacts

8. What Is Roflumilast? And What Are Its Possible Health Impacts?

9. What Is Penicillamine? And What Are Its Various Health Benefits And Hazards

11. N-Butylidenephthalide – All About Its Structure, Mechanism Of Action, And Bioactivity

Maria Zhang, an experienced chemical industrial expert with more than 10 years of experience. She has worked with a range of industries, from large-scale manufacturing and research to smaller-scale projects. With her expertise, you can learn differently chemical knowledge! 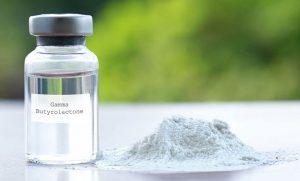 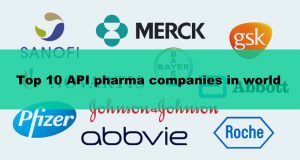 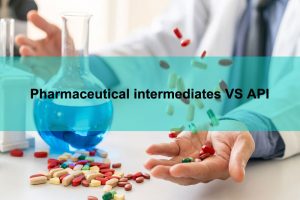 Custom Services for You

Your reliable supplier for pharmaceutical intermediates and other customs synthesis chemical